Today we baked some yummy blueberry "earth" muffins.  We were inspired by our friends at No Time for Flashcards but we used this recipe instead.
We started out by combining all the wet ingredients. 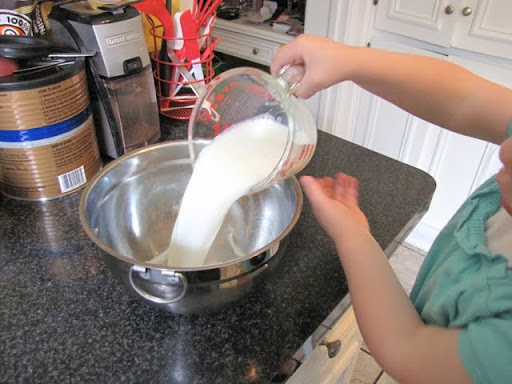 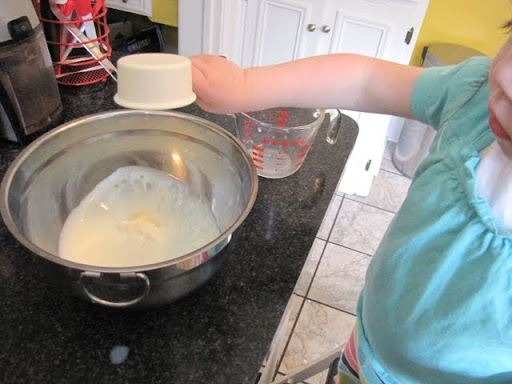 Then we mixed up the dry ones. 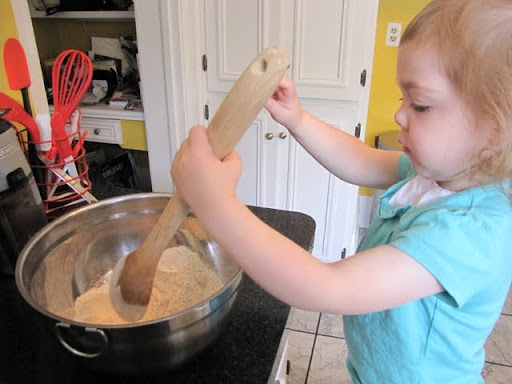 We combined the two and mixed some more. 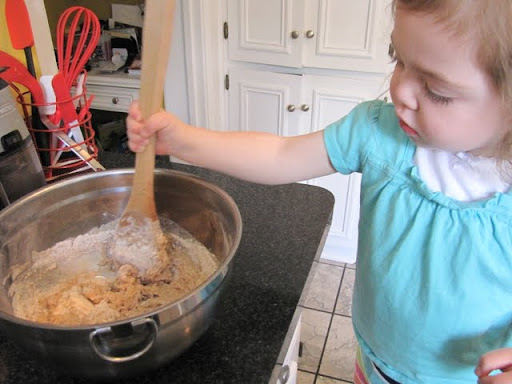 Next came the food coloring.  I added a little blue and yellow to show Eva how they become green. 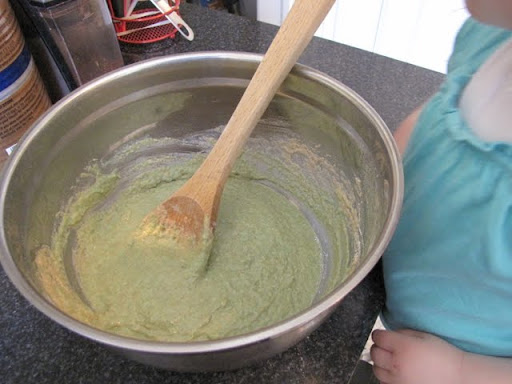 Last but not least came the blueberries- yum! 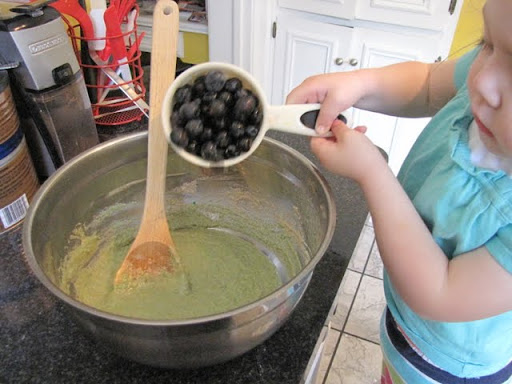 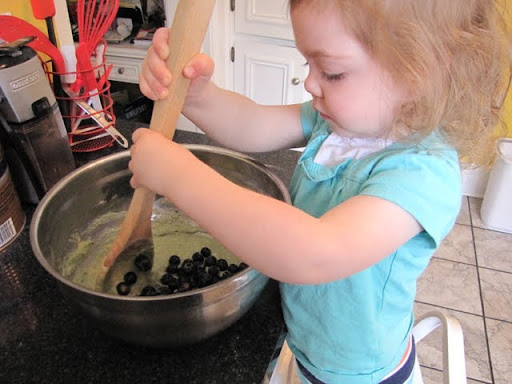 While I was finishing stirring, Eva lined the muffin tins and then I filled them with batter and into the oven they went. 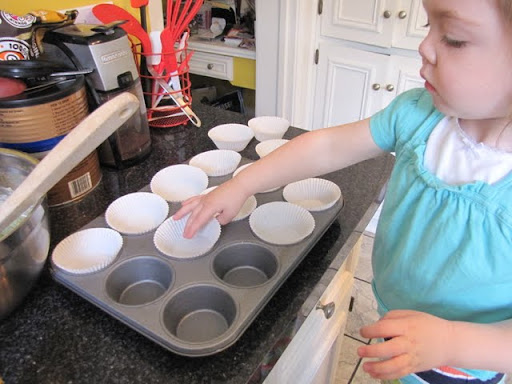 The blueberries didn't quite burst the way I had hoped but it was most likely due to me putting them in the batter straight from the fridge.  If they had been room temperature they probably would have burst more. 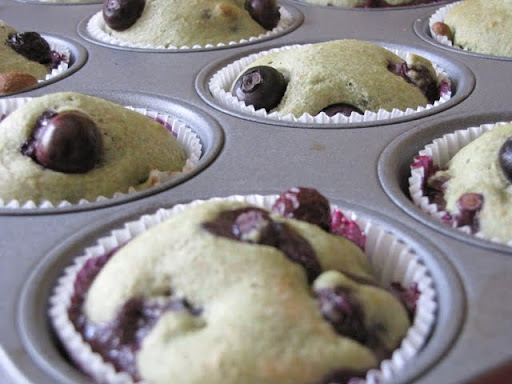 They aren't the prettiest but they sure are tasty!  The only issue we have is that they stick to the liners.  Anyone know how to prevent that from happening?
Posted by Kara at 7:24 PM 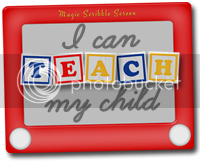