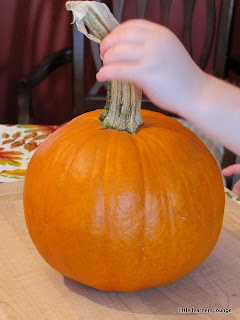 At the grocery store this morning, Eva set her sights on this pie pumpkin.  After seeing Jess's post on Structured Play I had been meaning to try baking a pumpkin so we bought it. Eva had a blast examining it before we cut into it. 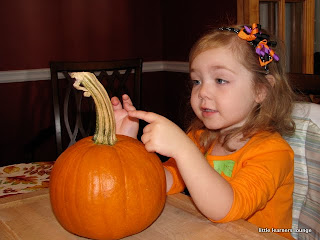 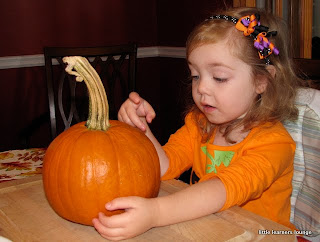 She wasn't quite as impressed when she saw the inside but after a few pokes, she started touching the "goop." 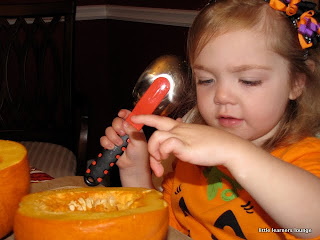 She also helped separate the seeds from the pulp for us to use in another activity later in the week. 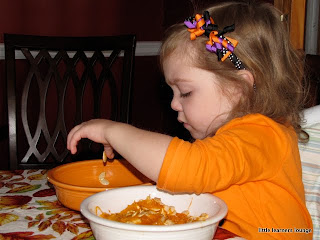 After I cut the pumpkin into wedges, Eva sprinkled it all with cinnamon sugar and into the oven it went. 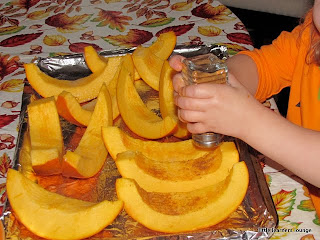 When they were done baking (a little over an hour in a 350º oven) I scraped some out, added a little whipped cream and we dug in.  Turns out as much as we love pumpkin flavored treats, just plain pumpkin isn't our cup of tea but we can say we tried.  (Eva chose to just eat the whipped cream.) 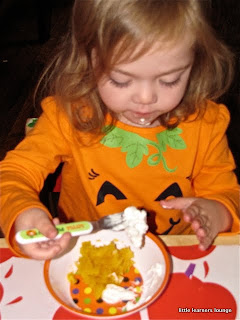